enero 26, 2014
MTMM
The Mexican bolero singer and songwriter Armando Manzanero will receive a Lifetime Achievement Award at this year's Grammy awards on January 26.  The 78-year-old, who first saw fame in 1959 with the hit "Voy a apagar la luz" ("I'm Going to Turn Off the Lights"), has recorded more than 30 records and written over 400 songs over the length of his career, and his work has been covered by artists as renowned as Elvis Presley, Andrea Bocelli, Alejandro Fernández and Christina Aguilera.  He's the only Latino of the eight artists to win the award this year for "contributions of outstanding artistic significance to the field of recording", joining the Beatles, Armando Manzanero, Clifton Chenier, the Isley Brothers, Kraftwerk, Kris Kristofferson, and Maud Powell. 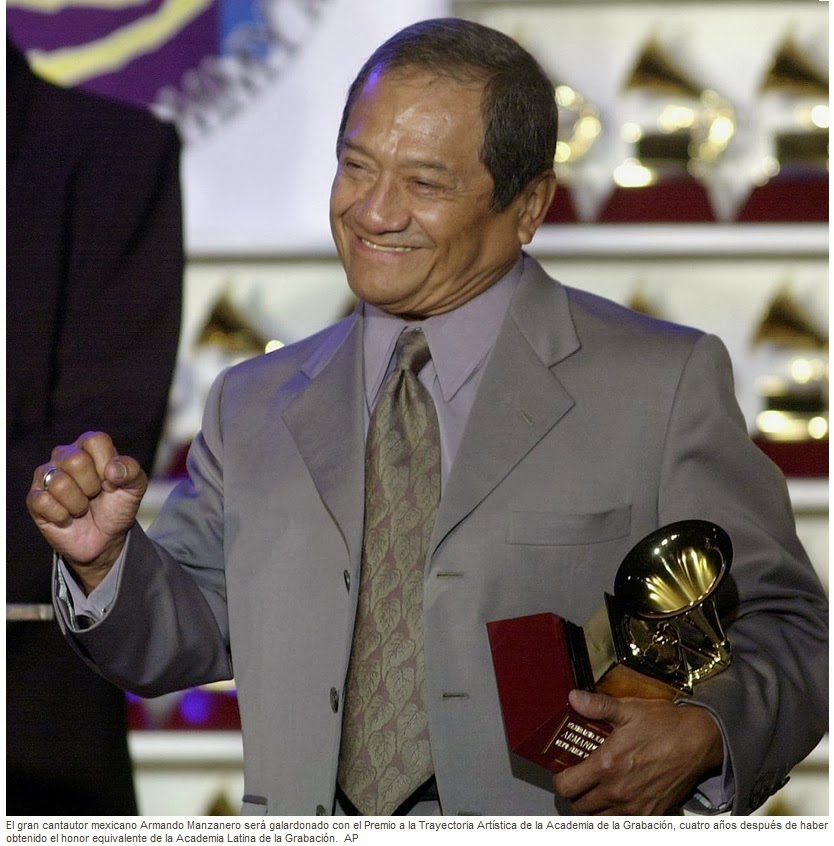 In a press release, the Recording Academy wrote that Manzanero "has been contributing to the world of Latin music for five decades".  It also noted his knack for "smooth romantic ballads" and his 2010 receipt of a Lifetime Achievement Award from The Latin Recording Academy, as well as his efforts in defense copyright laws as president of the Sociedad de Autores y Compositores in Mexico, which they said "have garnered the organization international acclaim".  The singer was born in 1935 to a family of Maya lineage in the city of Mérida, in the southeastern Yucatán state.

"It is a great privilege to recognize such an exceptional group of honorees and celebrate their accomplishments and contributions to the recording industry," said Neil Portnow, President/CEO of The Recording Academy, in the press release. "This astoundingly unique and gifted group have created some of the most distinguished and influential work in our musical history. Their legacies are timeless and legendary, and their creativity will continue to influence and inspire future generations."  The Grammys are slated to take place on Sunday, Jan. 26 at the Staples center in Los Angeles and broadcast live at 8pm EST on CBS. (David Iaconangelo / Latin Times)
a la/s enero 26, 2014